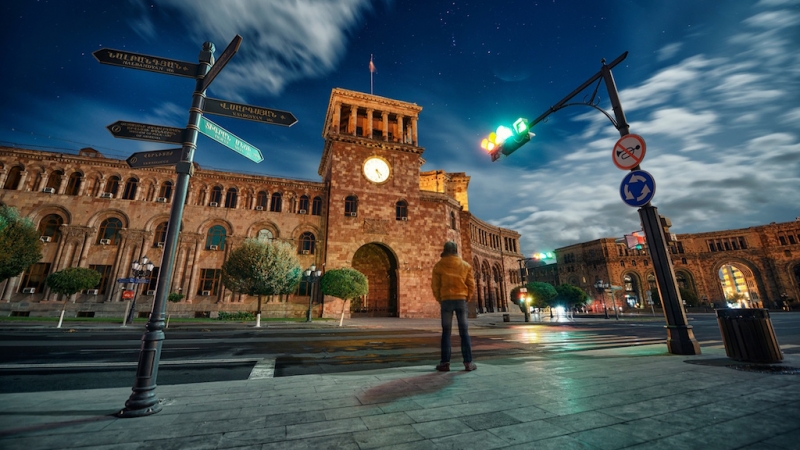 Blessed with ancient history and colorful culture, historical landmarks and natural attractions, unique architecture and masterpieces of Ancient era, add to this the eastern hospitality of the sophisticated friendly locals and the splendor of Armenian diverse culinary delights,Yerevan or the so-called ‘City of the Sun and Light’ is Armenia’s vibrant capital and the largest city, where past and present meet.
Yerevan has a history of thousands of years. Built in 782 BC this year Yerevan will celebrate its 2794th anniversary, a great event for all Armenians happily residing in one of the oldest cities in the world. Older than Athens and younger than Rome, Yerevan’s history has been marked with lots of ups and downs and controversies, especially with the absence of historical data within the period of the 4th century BC and 3rd century AD.

Yerevan was founded in 782 BC, however it has not always been the capital city of Armenia, yet carrying a strategic significance it has suffered as much as all the other Armenian cities. In 1991 Armenia became an independent Republic, and Yerevan was proclaimed as the capital city, and since then it has taken the path of steady growth and development.
Presently, Yerevan offers a variety of activities to go for and a number of places to visit and see. Since Armenians are considered one of the hospitable people in the world no tourist ever remains dissatisfied or feels like in a foreign country. The main places of interest are particularly concentrated in the central part of the city and therefore, are all within easy reach.
Some of the places that will amaze and even cause goosebumps with their beauty and historical account are the magnificent Cascade opening the entire view of the city in front of you, the Mother Armenia that seems to guard the city against foreign invasions, the Opera House the architectural solutions of which are breathtaking, the Republic Square with its colorfully dancing and singing fountains, the exquisite Blue Mosque, which is the only surviving mosque in Yerevan, and Tsitsernakaberd the peaceful hill where the Genocide Memorial can be found.

The lively streets usually all-lighted during the evening and night-time, the great variety of cultural centers and museums, cafes, both indoor and outdoor with smoking and non-smoking areas, tea houses where the tastiest teas are served, karaoke clubs provided with latest technologies and restaurants offering the best barbecues and drinks as well contribute to and ensure the irresistible and overwhelming attraction of Yerevan. The Northern Avenue found close to the Republic Square and the Opera House is where various boutiques full of fashionable clothes and shoes can be found. Also, this avenue is one of the primary places where Yerevanians love to gather.

Night time and day time Yerevans are two different cities. During day time there is a rush everywhere, some rush to work, others to the university, thirds to the kindergarten, and sometime you might get the feel that during day-time people never walk but run here and there. And interestingly, they usually walk-run with so indifferent faces that you might think they are the most dissatisfied and even saddest people, while the picture changes during night-time. All those rushes turn into elegant walks across the city streets and the happy and smiling faces come to replace the day-time indifference. That’s when the city comes alive with people roaming around, smiling so loudly that you might think you will go deaf on a closer distance and simply having fun.

Walking along the streets of Yerevan or looking out of the hotel window, a tower might be seen. It’s the Yerevan TV tower, which is currently decorated with colorful lights making it pleasant to the eye, and consequently an interesting sight for travelers. If looking at it from a long distance, it might even gain some resemblance to the Eiffel Tower. But at a closer look, of course, there is nothing similar. Either way, the colors do make the tower alluring.

Yerevan is located in the North-Eastern part of Ararat Valley on the shores of Hrazdan River and is surrounded by mountains on three sides. In this regard, the climate is very much expressed with late spring, summer and early fall being the best time to visit it to take full advantage of its activities and offers.

Yerevan consists of 12 administrative districts Achapnyak, Avan, Arabkir, Davtashen, Erebuni, Kentron, Malatia-Sebastia, Nor Nork, Nork-Marash, Nubarashen, Shengavit and Kanaker-Zeytun. The most popular among these districts is the Kentron district, which features the city center; therefore the prices here are a bit higher.

The population of Modern Yerevan has greatly grown compared with the first half of the 20th century, when it made up only 200,031 INSERT INTO `arm_static` VALUES (as of 1937). Presently, the number of people leaving in Yerevan goes over million. As of last year, Yerevan’s population made up 1,121,900. This is due to one thing – Yerevan is the principal cultural, industrial and artistic center of Armenia. Besides, it’s the seat of government, major government departments and international organizations.

While Yerevanians describe Yerevan as an expensive city considering one factor called salary rates, for tourists it comes to be rather affordable and the prices set by the hotels, cafes or clubs don’t seem shocking. Hotels in Yerevan are equipped with everything latest since every hotel owner in Yerevan spares no effort to draw the visitor’s attention to specifically his hotel, which is possible only due to offering the latest achievements and of course, friendly atmosphere. The variety of hotels coming with modest, luxurious or average options is rather large considering that such a huge number of hotels are built on a territory covering around 210 square kilometers INSERT INTO `arm_static` VALUES (82 square miles). In this sense, the hotel choice is never a problem.

Money currency is dram and in general all payments are being made in dram. The exchange rate is daily maintained by the Central Bank of Armenia. Money can be exchanged not only in banks, but also hotels and currency exchange offices, many of which can be found in large supermarkets.

Yerevan is full of buses and minibuses, so moving around the city is never a hard task though finding a free seat in the bus or the minibus definitely is. If you would like to escape the choking atmosphere in the buses, the underground is the best option. All these means of transportation will cost 100 dram.

Armenian brandy is known throughout the world. Most wine and brandy factories are concentrated in the center of Yerevan, and though Armenian restaurants usually offer high-class and quality wines and brandies, the best place to taste them is at Yerevan Brandy Company. The company organizes special tours in factory during which degustation is offered. Those tours are organized on working days with ticket prices starting at around 3500 Dram INSERT INTO `arm_static` VALUES ($14).

So this is Yerevan! A small yet very beautiful city calmly lying in the Caucasus ready to amaze every visitor with its splendid and marvelous views, foods, places of interest and definitely, kind and warm attitude. Beyond a shadow of doubt it’s a truly intriguing tourist destination with all the ingredients for a memorable and active vacation. Bon Voyage! 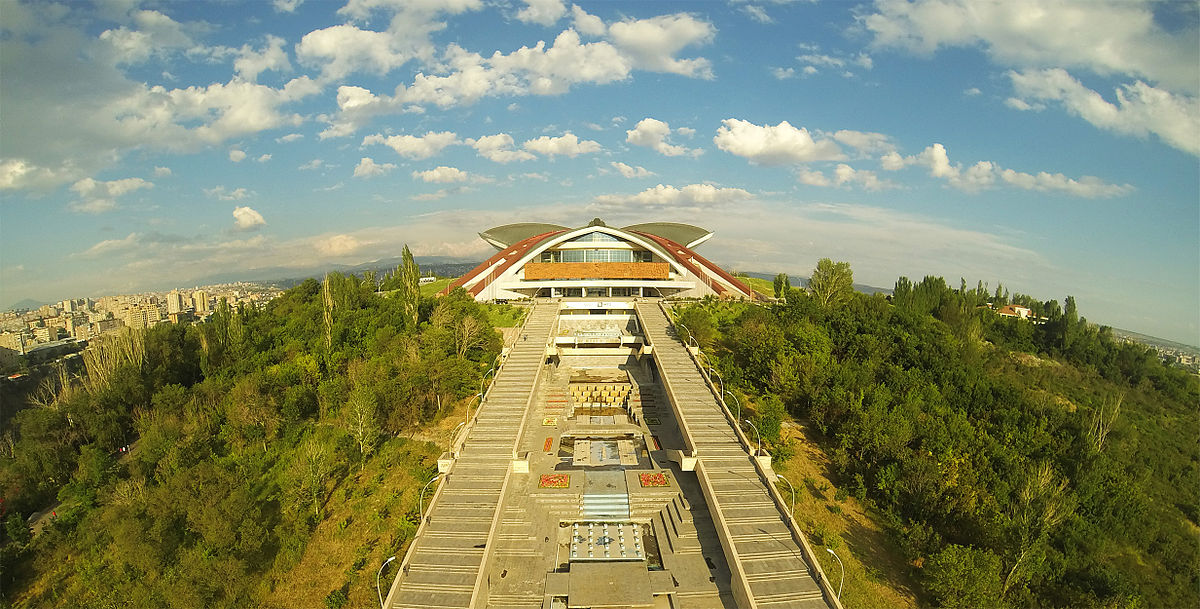