Matenadaran in Yerevan | Travel with pleasure 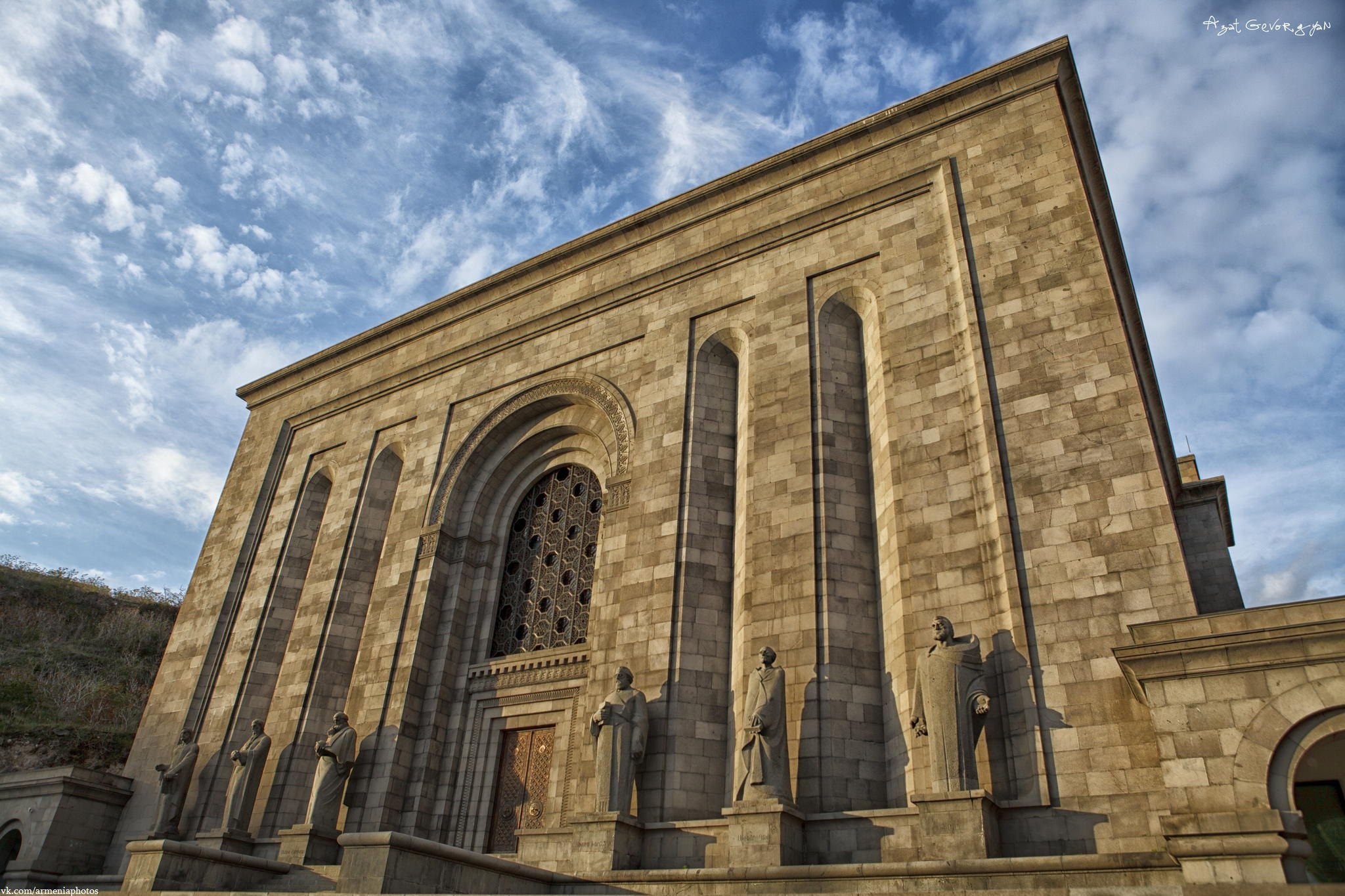 The collection of manuscripts of Matenadaran is one of the biggest in the world. The depository contains over 17300 manuscripts, 450 thousand archive documents, 3000 ancient books. Over 14200 manuscripts kept in SRI are in Armenian, the rest ones are in foreign languages – Greek, Latin, Aramaic, Hebrew, Arabic, Persian, Old Slavonic, Ethiopic, Japanese and others. Unique examples of translation are kept here, the origins of which weren’t saved.
Matenadaran was founded by Mesrop Mashtots and Sahak Partev in 405, in royal settlement of Vagharshapat. In 1920 Matenadaran became national. In 1939 Matenadaran was replaced to Yerevan. The construction of the building by the project of Mark Grigoryan began in 1945, but in 1947-1953 it was stopped.  In 1953 the construction was started again and in 1959 it was over. In the same year Matenadaran turned into a science-research institute and placed in the newly constructed building. From 1982 till 2008 the director of Matenadaran was the academician Sen Arevshatyan. Since 2008 Matenadaran is headed by doctor of philological science Hrachya Tamrazyan.

The working volumes of Matenadaran, provided in 1959 are not satisfactory any longer: only manuscript fund increased by 6000 books, the archives and library funds have increased unprecedentedly.  To modernize the preservation and restoration systems in the institution and to install new technologies a large science complex is being built adjacent to the main building of Matenadaran.