The
websites of the private state security service of Azerbaijan and the state oil
company Sokar (again) were hacked by Armenian hackers. @Bagramyan26en

Pashinyan
congratulated Putin on his birthday

Total
blocking of the Internet in Azerbaijan continues. Only the Troll factory has an
Internet connection, where mostly young officials and young party members of
the ruling party are rounded up. Their task is to massively drain
disinformation into the network

Azerbaijani
localities where the local population was evacuated are being looted by
terrorists. Robberies, in turn, are accompanied by arson. @Bagramyan26en

The
terrorism that General Suleimani was a victim of cannot end up on our borders:
a harsh statement by Iranian President Rouhani in the context of attracting
terrorists in the war against Armenians. @Bagramyan26en

The Prime
Ministers of Russia, Belarus and Kazakhstan are ready to personally come to the
EEU intergovernmental Council in Yerevan on October 9, but there is no response
from Kyrgyzstan yet: RIA @Bagramyan26en

Today, I
spoke to Deputy Assistant Secretary George Kent and U.S. OSCE Minsk Group Co-Chair Andrew Schofer about
reports that Turkey is recruiting and deploying fighters from "jihadist groups”
in Syria to the Artsakh-Azerbaijan border. I urged State Department to continue
to push Turkey that the deployment of foreign fighters in the region is
unacceptable and will be met by a response from the United States. [Brad
Sherman, US Congressman]

Mercenaries
and members of terror groups are involved in military attacks from Azerbaijan
against Armenian population. According to the majority of credible sources,
thousands of mercenaries from Libya and northern parts of Syria, who also have
affiliations with ISIS, have been deployed to Azerbaijan by Turkey.

This is
confirmed by evidence gathered from an independent investigation conducted by
the Human Rights Defender of Armenia. The evidence includes photos and video
materials objectively demonstrating the same.

This is
occurring, right now, squarely in the territory of the Council of Europe.

The Human
Rights Defender of Armenia calls upon the international community to turn its
attention immediately to these extremely worrying, indeed criminal,
developments.

Without
urgent and real preventive steps, the ongoing humanitarian disaster that
Azerbaijan and Turkey’s actions have directly caused on the peaceful population
will certainly lead to severe consequences for the whole region. The use of
mercenaries is a crime with multiple, complex consequences—including, of
course, a threat to security, to peace and to the entire system of human
rights. This fundamental principle is confirmed in the UN Human Rights
Council’s 42/9 Resolution of 26 September 2019.

The
collected evidentiary material and data will be sent to our international
partners in all necessary and actionable formats.

Developments
in Karabakh are a tragedy. We are very much worried. [Vladimir Putin, President
of the Russian Federation] |ria.ru|

Destruction
of a large group of the enemy’s forces during the attempt to enter to Jabrail. [RA
MoD]

No
international institution, no state which is not an Azerbaijani’s ally, has no
doubts that terroristic organizations help Azerbaijani via Turkey. [Artsrun
Hovhannisyan, RA MoD Representative]

We welcome
the efforts of the OSCE Minsk Group Co-Chairs aimed at the immediate cessation
of hostilities by Azerbaijan. Two large-scale armed attacks by Azerbaijan on Artsakh
over the past four years show that the mediators' former efforts were powerless
against Azerbaijan's gross violations of international law. International
recognition of the Artsakh Republic is the most effective way to ensure peace
and security in the region. [Ministry of Foreign Affairs of Artsakh]

There is a
certain contractual basis and these agreements stipulate that in case of a
direct threat to the territory of the Republic of Armenia according to certain
criteria, Russia must fulfill its certain contractual obligations. The Russian
Federation has assured that it will fulfill its obligations, which are
formulated in the contract documents. [Nikol Pashinyan in an interview with
BBC] |armenpress.am|

[Nikol
Pashinyan in an interview with BBC] | armenpress.am |

This is
another lie of the Azerbaijani side, which first of all seeks to justify its
continuous bombing of peaceful settlements in Artsakh and Armenia. It is ironic
that a country that, especially recently, has done its best to import foreign
mercenaries into this region, which is important for Europe in terms of energy
security, speaks of an imaginary terrorist act. [Response of the RA MFA
Spokesperson to the statement of the Prosecutor General's Office of Azerbaijan
that the Baku-Tbilisi-Ceyhan pipeline passing through the Yevlakh region was
shelled]

They are
once again targeting Stepanakert and other settlements of Artsakh. [Artsrun
Hovhannisyan, RA MoD Representative]

At night
the enemy tried to advance and fortify in the southern direction (before
getting to Jebrail), but the Armenian Armed Forces hit Azerbaijani units by
missile and artillery strikes.

At 6:30
a.m. after another missile and artillery strikes, abandoning in the
battle-field around 60 victims, as well as 27 units of hit and some dozens of
operating military equipment, the remnants of three overloaded Azerbaijani
brigades began a panicky retreat. We have a video shot.

Recently the Armenian troops has destroyed the
enemy’s large fuel storage base in the southern – eastern direction. The
video shot will be submitted soon.

Conditions
have been established in the different directions of the frontline to advance
the success. [Shushan Stepanyan, RA MoD Spokesperson]


Կարդացեք նաև:
» Investigation Urged as Cargo Planes Owned by Aliyev’s Family Fly to Australia
» Pashinyan Talks to Putin, Macron, Trump’s National Security Advisor
» Civilians Bearing Brunt of Attacks, Red Cross Warns
» Garo Paylan Targeted by Turkey’s Far Right; Being Accused on ‘Treason’
» Which terrorist units are fighting in Azerbaijan against Armenia and Russia
» Statement of the MFA of the Republic of Artsakh on the need to recognize the Republic of Artsakh
» Statement of the Ministry of Foreign Affairs of the Republic of Armenia on the recent developments in the Nagorno-Karabakh conflict zone
» WAR IN KARABAKH | HOT NEWS FEED | 06-10-2020
» The statement of the Azerbaijani side that the Armenian units tried to hit the Baku-Tbilisi-Ceyhan pipeline is a lie.
FOCUS IP TV - LIVE
ԳՈՎԱԶԴ ՀԱՅԱՍՏԱՆՈՒՄ +37491 75 00 75 (Ռադիո, հեռուստատեսություն, ինտերնետ, մամուլ ...) FOCUS MEDIA GROUP 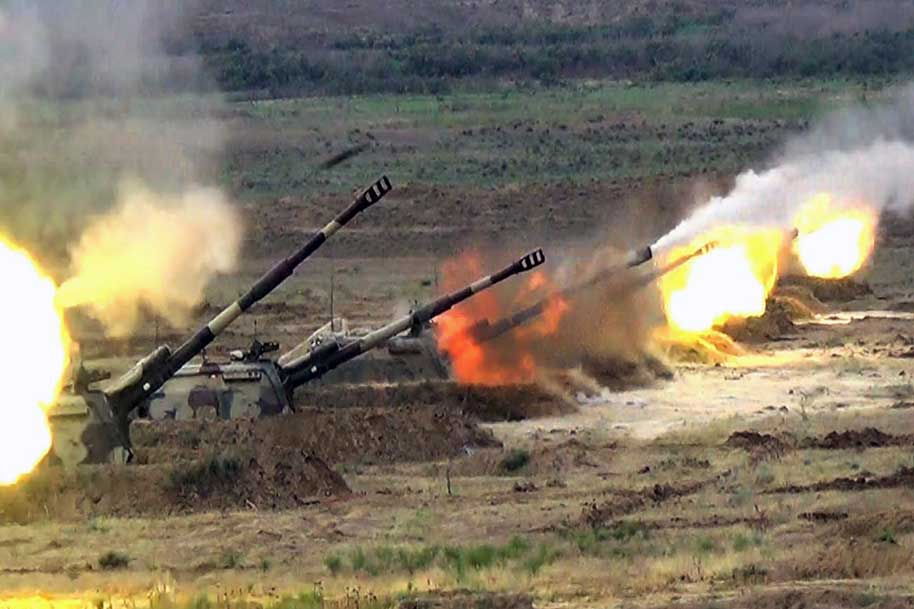 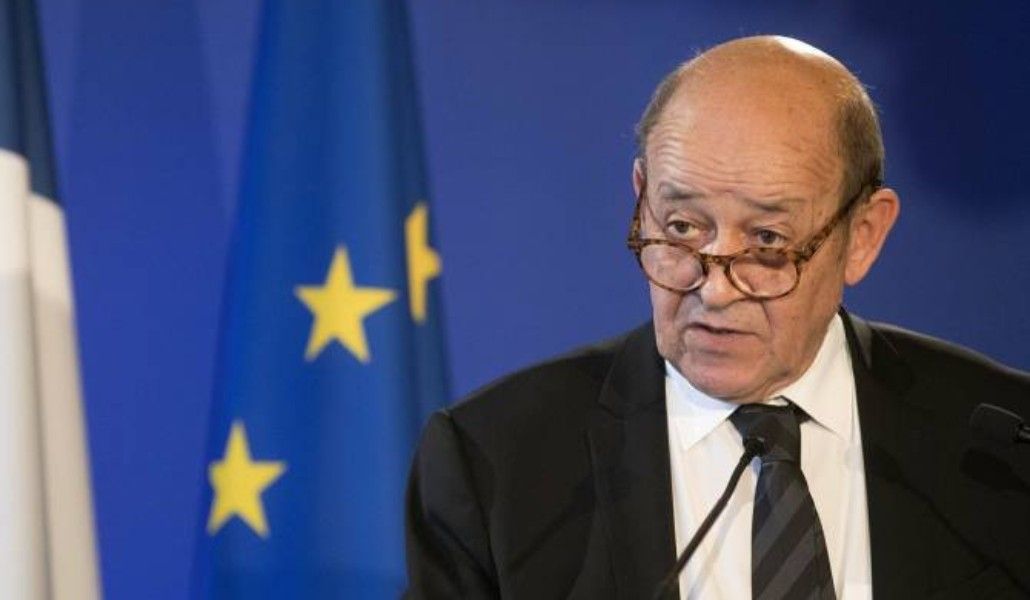 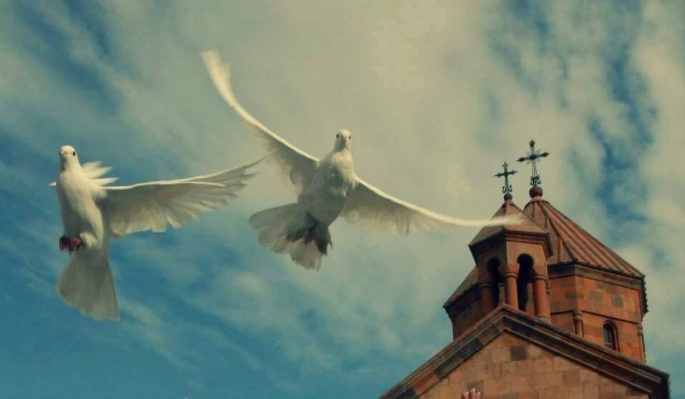 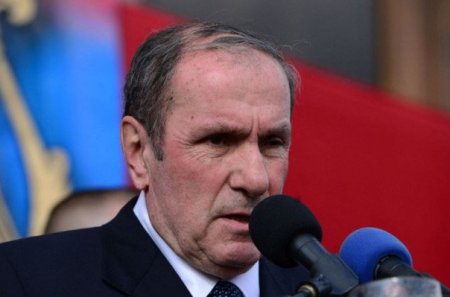 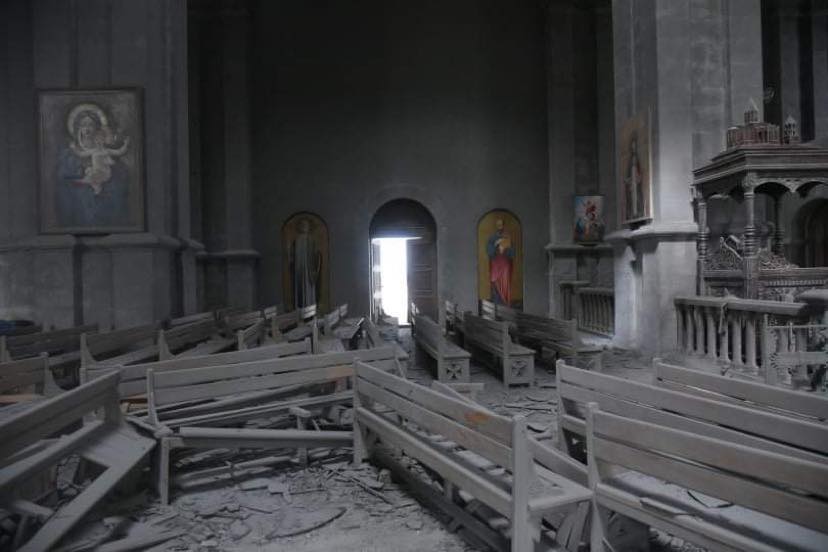 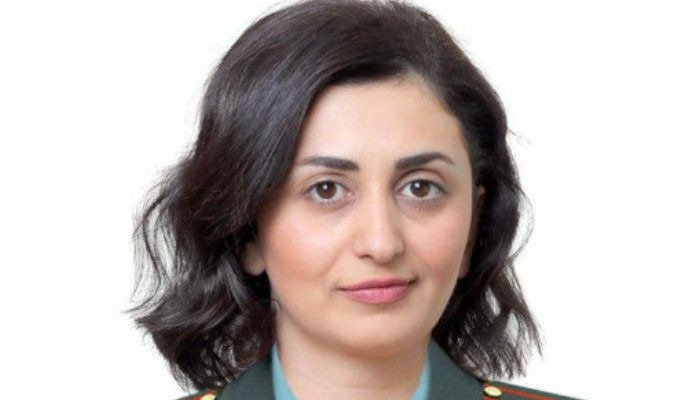 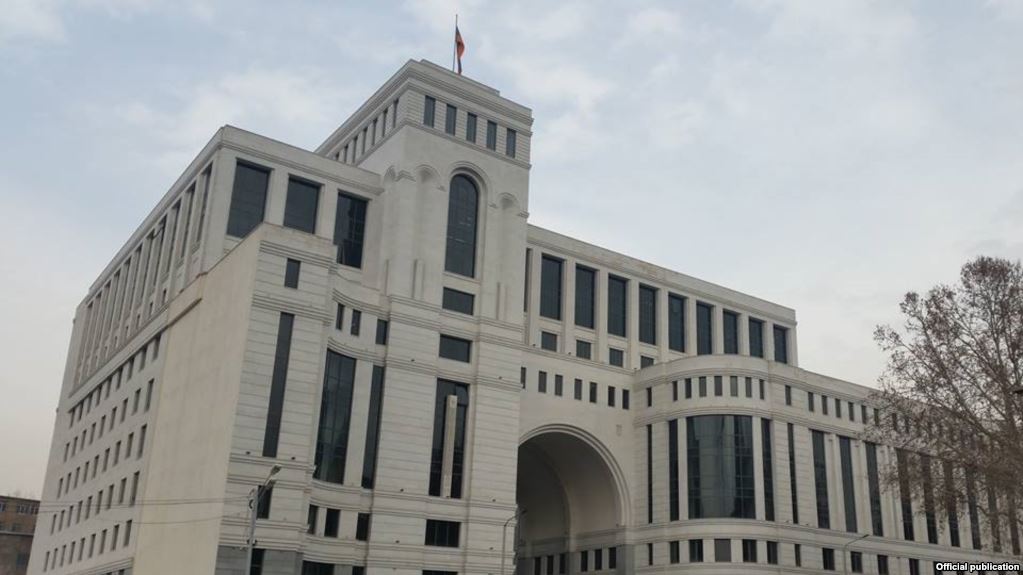 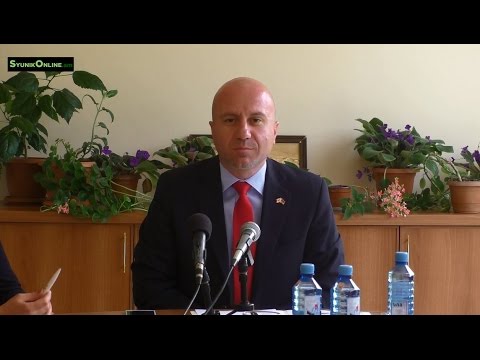 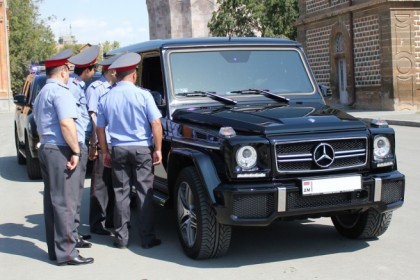 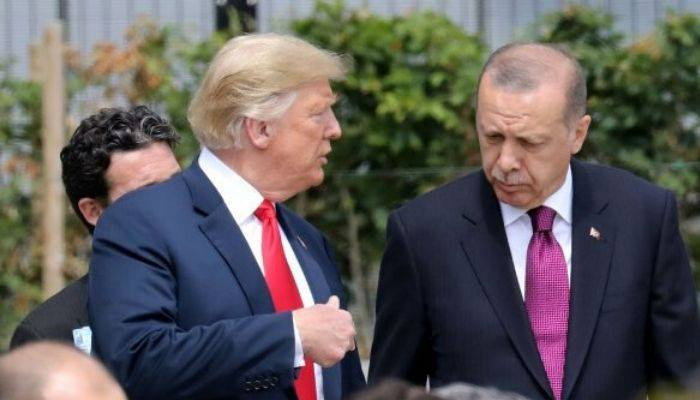 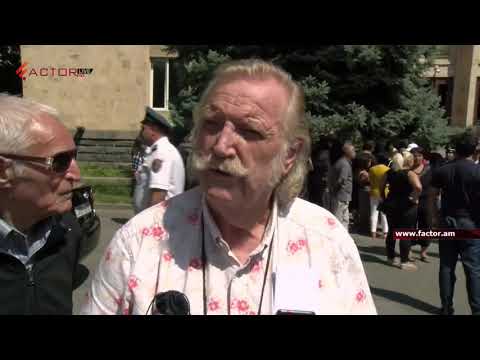 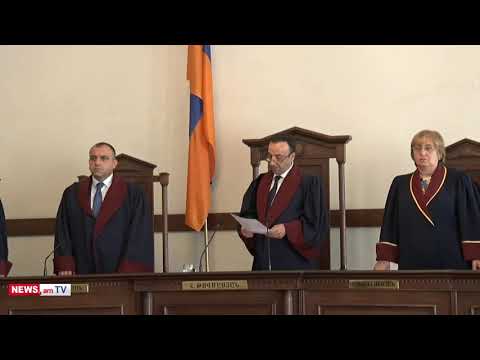 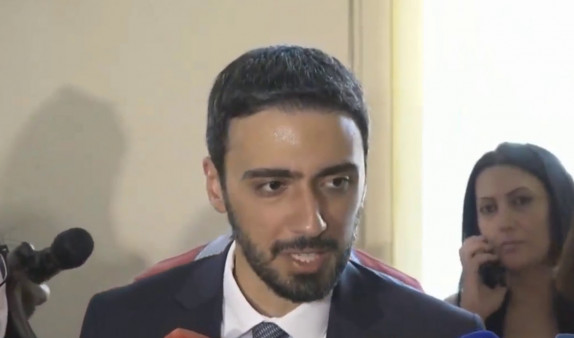 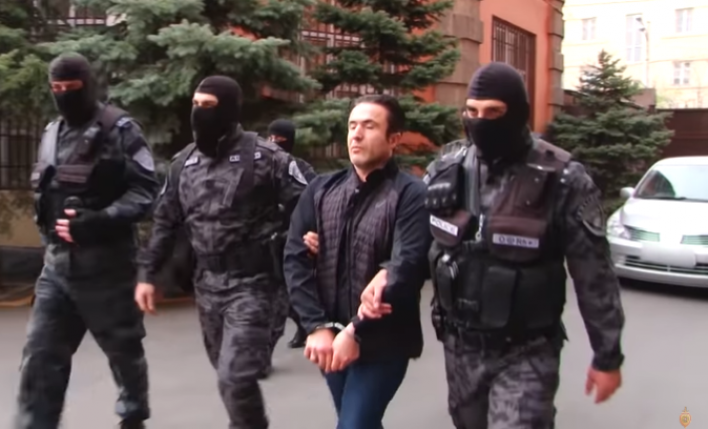 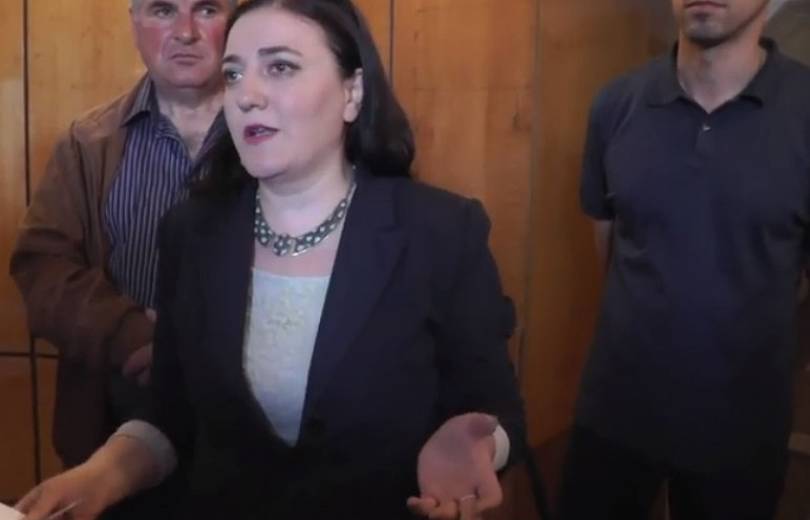 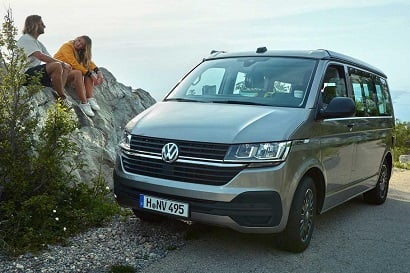 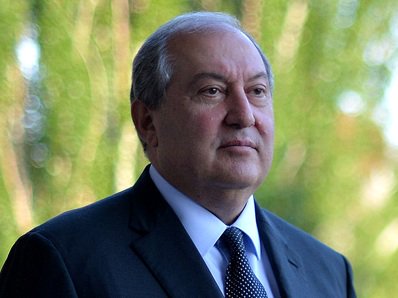 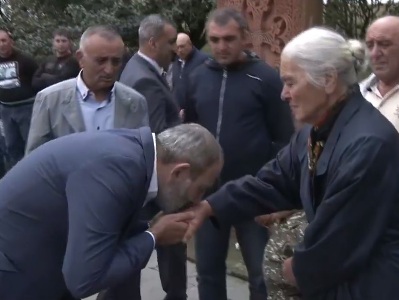