Our neighbors to the west are at it again. The national pastime of Turkey seems to be the continued attacks on the sovereign rights of Armenians. Turkey, to put it mildly, has been a threat to the Armenian nation for centuries. It started with institutional oppression, degenerated into genocide and has continued with chronic denial. Now they may want to establish “normal” relations “without preconditions.” A simple question: how do you define “normal” with a nation that committed the most monstrous crime against humanity, stole your historic homeland and maintains a savage denial of the facts?

The most recent venture of this “NATO” nation was the overt participation in criminal war activity including the import of jihadist mercenaries and the use of illegal weapons. Turkey has maintained a unilateral blockade of Armenia since the mid-90s that in itself is an act of aggression. After the carnage inflicted on Artsakh in 2020 that the Turks were complicit in, Armenia is asked to embrace their “overtures” of normalization. Don’t believe it. The evidence is overwhelming that Turkey has nefarious intentions towards not only the Armenians, but the Kurds, Greeks and literally anyone that stands in their way. Under Erdogan and a passive NATO, they have become the modern day bully of the region…taunting and harassing at will, knowing that the ramifications are insignificant. In a brazen response to an attempted “coup,” Erdogan consolidated his power in a pseudo act of patriotism by jailing hundreds of people and removing teachers, judges, mayors and others from their positions while all but eliminating an independent media. Completing these changes under emergency powers as a result of the “coup,” he is now turning his domestic attention to a new constitution that will further institutionalize his power.

During the last several years, Turkey’s foreign policy has focused on one central theme—its emergence as a regional power with a pan-Turkic alliance from the gates of Europe into central Asia. Sound familiar? This was the Ittihad (Young Turks) dream that inspired the Genocide. Over 100 years later, the Turks joined the artificial regime of Azerbaijan not to defend the “territorial integrity” of the Azeris, as they repeat continuously, but to cement a dependency that connects another link in the pan-Turkic chain. Erdogan is a longstanding admirer of the “good old pasha days,” because he embraces the same imperialistic intention. It was that evil intent that led the Ittihads into WWI and to committing three genocides (Armenians, Greeks and Assyrians) in order to remove Christians from their indigenous lands. Reduced to about 10-percent of their historic lands, the Republics of Armenia and Artsakh are still considered an obstacle to their goal. It is not enough to murder the western Armenians, usurp territory and attack the peaceful people of Artsakh. They won’t stop until the nation states are eliminated. The only difference is that Turkey will use surrogates at times to do their dirty work. When Aliyev makes dangerous statements about taking Zangezur (Syunik), Sevan and Yerevan, Erdogan is there to support his “brother,” because it serves his long term interest.

As further evidence of Erdogan’s intentions, on September 12 Turkey began joint military exercises with Azerbaijan and Pakistan dubbed “Three Brothers-2021.” Expanding influence into the Sunni Muslim world of central Asia connects with his expansionist vision. In addition, Turkey has offered technical support and resources to the Taliban in Afghanistan to assist in running their airport facilities. As the reality of governing becomes more acute, the Taliban will seriously consider the Turkish offer. I urge our readers to overlay these actions on a map. Turkish expansionism moves east to central Asia. Armenia is a physical and ideological obstacle. Some things don’t change, especially when the current leader attempts to bring Turkey back to its Ottoman past. Relative to the relationship of Turkey and Russia, we should not confuse trust with political expediency. It is a game of self-interest, and Armenia is one of the pawns.

In the last week, Pashinyan has made public statements that he is ready to discuss normalizing relations with Turkey “without pre-conditions” based on the “positive” signals he is receiving. Erdogan responded that he is open to such a rapprochement and suggested a similar view. Armenia offered the first olive branch by opening its airspace to Turkish aircraft without reciprocation from Turkey. This is a bad chess move. Turkey will not do anything with Armenia without preconditions…stated or otherwise. Their entire attitude towards Armenia is all about preconditions: RoA must never renounce the infamous Treaty of Kars and its territorial claims on Turkey; the Genocide did not happen; Artsakh is only Azerbaijan. You can count on “preconditions” emerging just as they did with the “protocols” during the Obama administration. They have no moral credibility. Prime Minister Pashinyan stated that he saw “positive signals” from the Turkish side. Is this diplomatic rhetoric of a nation without its own voice, pressure from Russia, or does he really believe this? Given the substantial history of deceit and aggression from Turkey, I would at least expect the first public statement to be balanced with caution and a reminder of our rights. Stating that we will respond to positive messages sounds overly enthusiastic about a neighbor that has yet to display an ounce of respect towards the Armenians. If we engage as a subordinate, we will be treated as such. Armenia will allow Turkish aircraft to fly to Baku through its airspace. At such an early moment in this “process,” is this really in the interest of Armenia? Turkey is along for the ride at this point with little to lose and much to gain with the West and Russia. Public statements should always cast the perception of strength. There is plenty of opportunity to adjust positions privately.  We all understand the role of Russia, but we are dealing with Turkey. There is nothing more sensitive to the psyche of the Armenians than relations with Turkey. Armenia must recognize in its action that any movement from Turkey has more to do with its regional relations with Russia and its long-term goal of expanded hegemony than any reconciliation with Armenia. In the short term, Turkey and Azerbaijan want Armenia to grant the ill-defined “transit” corridor through Syunik and sign a peace deal that recognizes the Azerbaijani fictional “territorial integrity” over Nagorno Karabakh. If Armenia is willing to engage in this “normalization,” then it should be made clear that “no pre-conditions” will be defined: specifically, that Artsakh and “transit” corridors will be decoupled from diplomatic relations. Failing that, Armenia should introduce its own pre-conditions that all POWs will be immediately returned, border incursions will end and demarcations will be finalized before any serious normalization dialogue. Agreeing to a “transit” corridor without resolution of the national security issues is the ultimate Trojan Horse.

This is no time to be playing global citizen nice guy.

In addition to the pressure on Armenia to engage in “normalization” talks, the primary motivation to pursue diplomacy is the perceived economic value to both nations. If diplomatic relations without “preconditions” happens, the countries would exchange the credentials of ambassadors and perhaps embassies. Armenia’s western border with Turkey (occupied Armenian territory) would be open for the first time in nearly 30 years. Cheap Turkish goods would flood the market. Although perhaps a short term windfall for the Armenian consumer, it would be disastrous for the Armenian producers who would be undercut, creating economic stress. Undoubtedly Turkish business leaders would be invited to invest in Armenia creating additional loss of economic sovereignty (already a significant problem). While we can rationalize much of this to global market dynamics, as long as Turkey has negative political motivations with Armenia, this is a cause for major concern. Safeguards such as tariffs or cost controls would be frowned upon as Turkey would be using Armenia to enter the Eurasian Economic Union markets. This rapprochement would be more about Turkey solidifying its relations with Russia in the latter’s backyard than anything to do with a path towards reconciliation.

Establishing relations with the successor government of the murderer of your people and the usurper of your historic land (not to mention the overt ally of your enemy) is fraught with risk. Before the momentum of defensiveness snowballs against Armenia, their interests must be made clear. This is no time to be playing global citizen nice guy. Once the squeeze is on, the world nations will be more than happy to stand by and watch as Armenia is forced to capitulate Artsakh, genocidal claims and borders. If Turkey has actually made “positive signals,” then engage in real diplomatic negotiations…not the actions of a nation living with fear. If Erdogan has his way, they will ride unencumbered through Syunik to the cousin’s home in Baku, run the airports for the Taliban, establish military alliances with Pakistan and put further economic stress on Armenia…all while being viewed by the world as a responsible leader reaching out to their eastern Christian neighbors. Erdogan also wants to alter the demographics of the Kurdish southeast and northern Syria. He has a similar desire in occupied Artsakh. Armenia’s relationship with Turkey is all about “pre-conditions” and could fill the agenda of a human rights court for years. Now we are to believe that Turkey will rise above its criminal history and extend a sincere hand to Armenia? Waving a convenient olive branch to a naive and ambivalent world is a small investment to continue the path of their destructive vision.This must be foremost in our minds. The wolves act like chameleons with changing clothes to fit the current requirements, but at the end of the day…the wolves are still wolves. 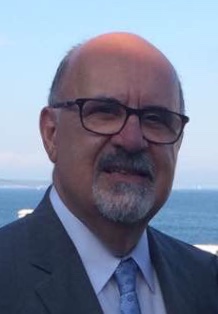 Stepan was raised in the Armenian community of Indian Orchard, MA at the St. Gregory Parish. A former member of the AYF Central Executive and the Eastern Prelacy Executive Council, he also served many years as a delegate to the Eastern Diocesan Assembly. Currently , he serves as a member of the board and executive committee of the National Association for Armenian Studies and Research (NAASR). He also serves on the board of the Armenian Heritage Foundation. Stepan is a retired executive in the computer storage industry and resides in the Boston area with his wife Susan. He has spent many years as a volunteer teacher of Armenian history and contemporary issues to the young generation and adults at schools, camps and churches. His interests include the Armenian diaspora, Armenia, sports and reading.

The post Wolves in sheep’s clothing are still wolves appeared first on The Armenian Weekly.