Lithuania ready to support democratic reforms in Armenia: PM Pashinyan meets with the Speaker of the Seimas 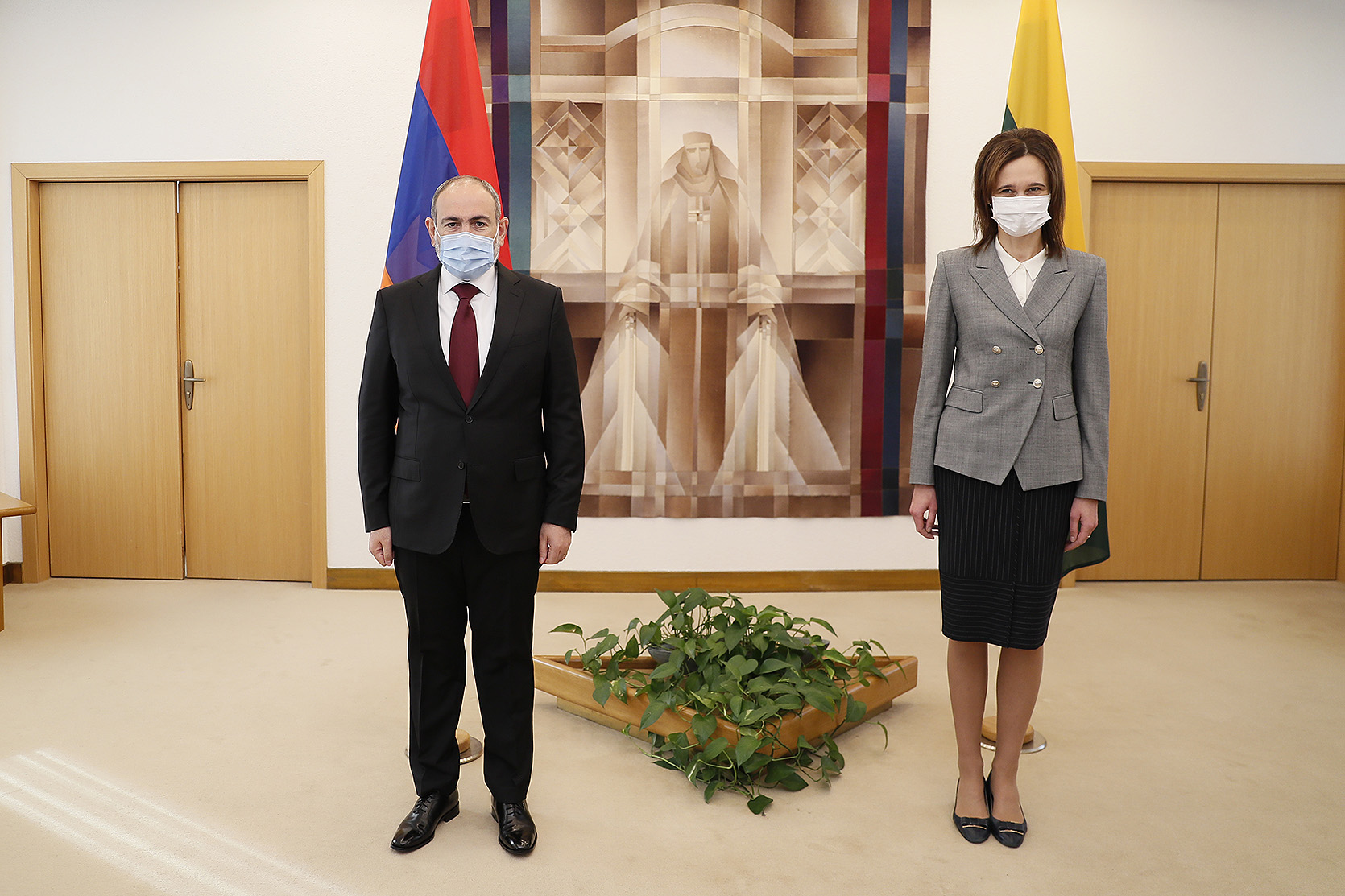 The official visit of Prime Minister Nikol Pashinyan to Lithuania continues. The Head of the Government met with Speaker of the Seimas Viktorija Čmilytė-Nielsen.

The interlocutors highlighted the development and strengthening of the cooperation between the parliaments of the two countries in terms of both bilateral relations and cooperation in the international organizations. Nikol Pashinyan and Ms. Čmilytė-Nielsen also emphasized the importance of inter-parliamentary ties which can contribute to the deepening of friendly ties between the two countries, exchange of experience in the direction of improvement of the legal field.

The sides also touched upon the ongoing democratic reforms in Armenia in various spheres and the partnership for their effective implementation.

The Speaker of Seimas of Lithuania said her country is ready to closely cooperate in the sidelines of the EU’s Eastern Partnership program and stated that ahead of the upcoming Eastern Partnership summit in December, the Lithuanian side will take necessary actions to provide support to Armenia.

At the end of the meeting PM Pashinyan left a note in the Honorary guest book of the Seimas, got acquainted with the materials presented at an exhibition dedicated to the 30th anniversary of the Armenian-Lithuanian relations about the history of the Armenian people covered by the Lithuanian press in the late 19th century and early 20th century.