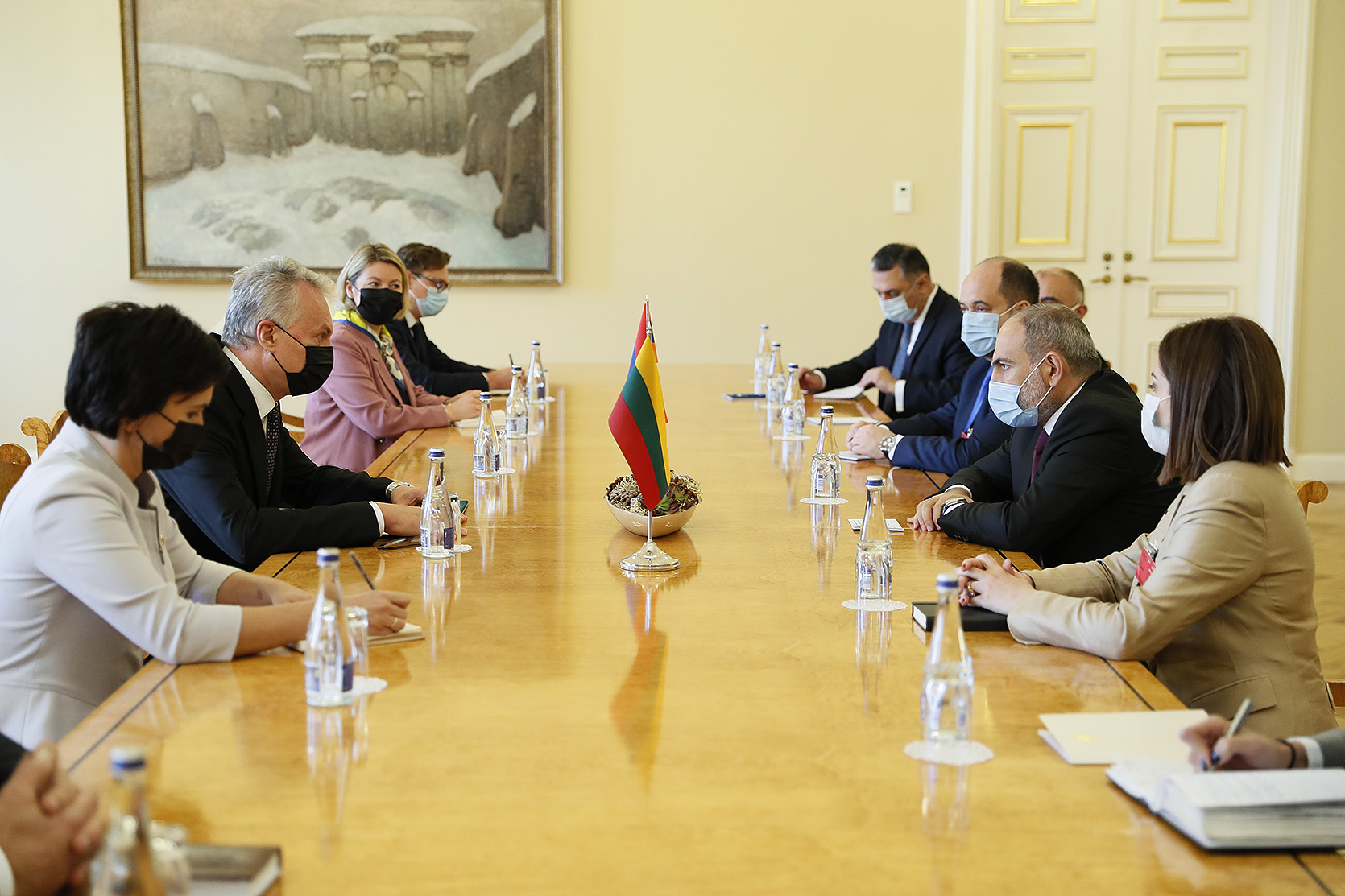 The Lithuanian President welcomed the Armenian PM’s official visit to Lithuania and expressed confidence that it will contribute to the development and deepening of the bilateral and multilateral relations. Mr. Nausėda expressed hope that the partnership between the Lithuanian and Armenian Governments will give a new impetus to implementing joint projects in economic and humanitarian sectors. The President of Lithuania also highlighted the partnership and the exchange of the Lithuanian experience in Armenia’s ongoing reforms.

Prime Minister Pashinyan thanked for the warm reception and expressed confidence that the Armenian-Lithuanian relations will continuously develop and record progress. In this context, Nikol Pashinyan emphasized the importance of expanding the economic ties and the trade turnover volumes.

During the meeting the sides also referred to the cooperation within the EU’s Eastern Partnership program, the effective implementation of the 2.6 billion Euro package provided by the EU to Armenia, as well as the ongoing developments in South Caucasus. The Lithuanian President expressed his country’s support to the efforts of the OSCE Minsk Group Co-Chairs’ format aimed at settling the Nagorno Karabakh conflict.