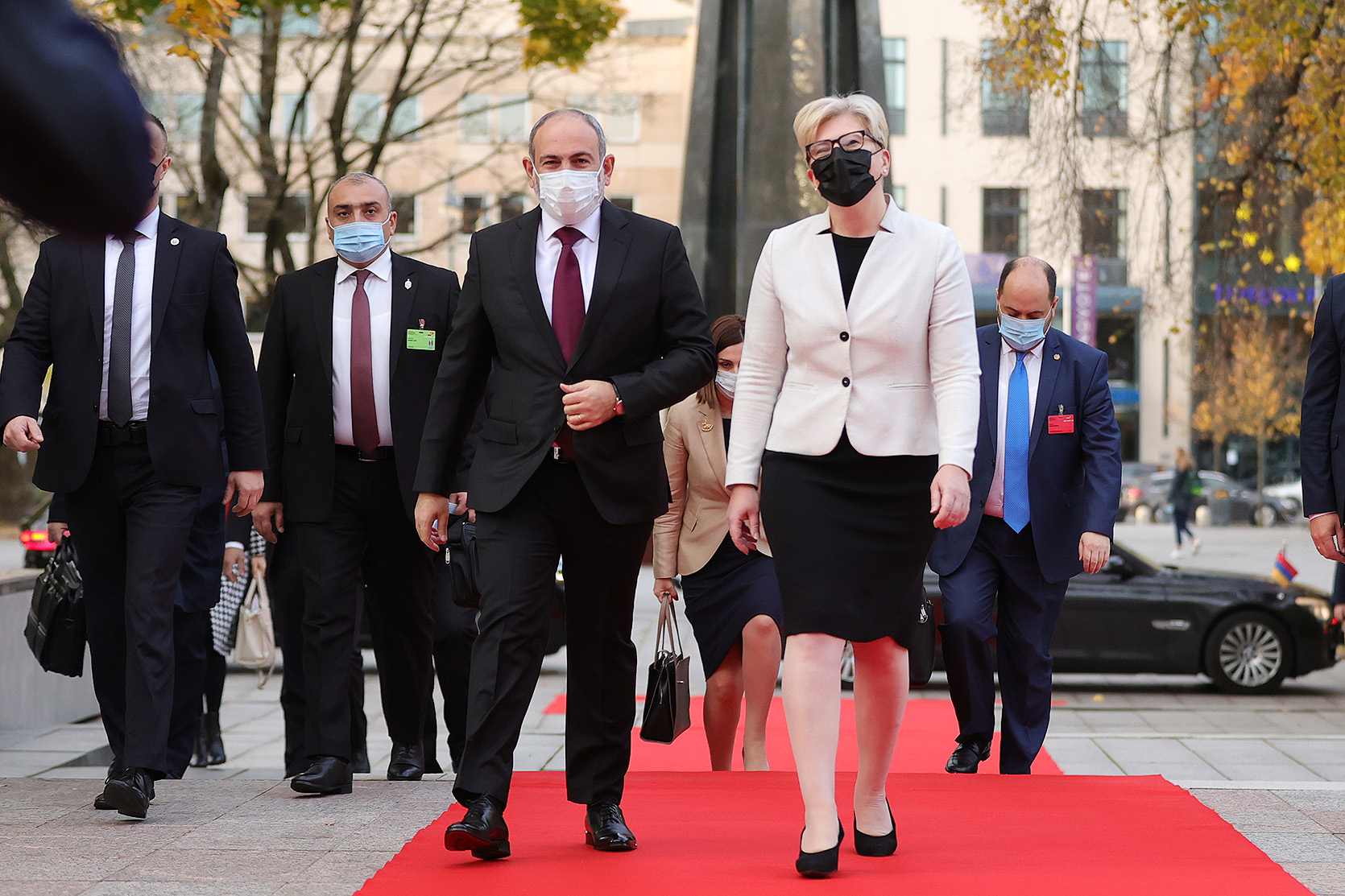 Following the welcoming ceremony, the Prime Ministers of the two countries first discussed the topical issues of bilateral relations in a private conversation, and then in an extended meeting.

The Prime Minister of Lithuania highlighted Nikol Pashinyan's visit to Vilnius and expressed confidence that it will give a new impetus to the development of bilateral political, economic and humanitarian cooperation. Ingrida Šimonytė welcomed the steps towards the development of democracy in Armenia during the recent years, noting that her government is ready to support the reforms taking place in Armenia in various spheres, both within the framework of the European Union and bilateral cooperation. Ms. Šimonytė spoke about the early parliamentary elections in Armenia with admiration, emphasizing their compliance with high democratic principles and high standards. She noted that the Armenian Government has received the full mandate of the people to push the reforms forward with greater vigor.

Nikol Pashinyan highlighted the expansion of the Armenian-Lithuanian trade and economic ties, the development of cooperation with Lithuania in different directions. The Prime Minister spoke about the plans aimed at expanding business ties between the two countries and expressed confidence that carrying out direct flights between Yerevan and Vilnius would give a new impetus to the expansion of trade and economic ties. The Prime Minister thanked the Lithuanian side for providing our country with 50,000 doses of coronavirus vaccine, noting that only through joint efforts it will be possible to effectively fight the pandemic. Nikol Pashinyan also highlighted the close cooperation with Lithuania in the process of democratic reforms, adding that Armenia will continue to take decisive steps to strengthen democracy.

The parties touched upon the developments in the South Caucasus region. Prime Minister Pashinyan provided details on the processes, highlighted the necessity of the full implementation of the November 9 trilateral declaration by Azerbaijan, in particular, the return of prisoners of war, hostages and other detainees.